Having an informed and educated governance team made my life just so much easier - Leon Hanby, Program Director, NAB

Executive involvement and ownership of projects was minimal while the amount of funds invested in projects was increasing. The Corporate Portfolio Management Office commissioned governance training for three key bank projects.

Executive acceptance of the need for governance training was low to hostile.

Project Sponsors were coached one-on-one over four one-hour sessions. Each session was held before the associated Steering Committee training. In some cases, the Sponsor invited the Program Director to also attend the training.

Each Steering Committee was trained through four one-hour group sessions. Each session included an exercise to produce a deliverable of immediate value to the Steering Committee in governing the project — eg business measures of success and critical success factors.

The increase focus and awareness of each project’s value allowed them to survive a mid-stream funding crisis that lead to many projects being stopped or suspended.

Steering Committee members reported taking lessons learned from the training to other projects that they were also governing.

The Program Directors/Managers involved recommended promoting the training to their peers as of immense value to their ability to deliver. 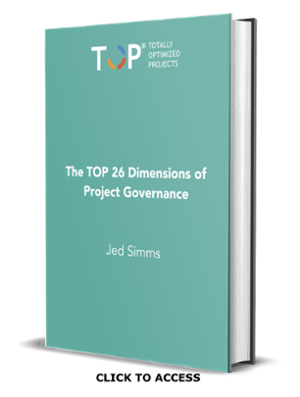